I had heard it before. The man across the table from me was obviously distressed. Disheveled hair and red eyes let me know before he did that he had not been sleeping well. Trouble with his wife and kids as well as stress at work were the source that he identified as the problem. It was not long before his focus turned inward. Depression and anxiety and the meds aimed at keeping them at bay were the next culprit. Then he finally brought to light what was most troubling to him…the thoughts that would not go away.

“Look at what I’ve done to my wife and children. I’ve wounded them so deeply. How could she ever forgive me? Why would God forgive me?”

This was no ordinary man. While his experience was typical of many with whom I have talked over the years, this man was a well-trained follower of Jesus. “I know these things are not true,” he said and then followed up by quoting Romans 5:8, 8:1, and 8:28. He continued, “I know the truth that God has forgiven me, but these thoughts just keep coming. I just need to forgive myself.” Exhausted, defeated, and hopeless, his head sank into his hands, and the plate of food in front of him remained untouched.

Does spiritual warfare matter? I begin with this anecdote to illustrate why the answer is an emphatic, “yes!” This man was a Christian and as such had a decided advantage over his secular friends facing guilt, shame, anxiety, and depression. In his world view, he could account for God, other humans, and himself. He had resolved that God was not the source of the inner turmoil, and he had taken steps to reconcile his experience of guilt and shame in that relationship. He would not blame God for his ongoing torment. He had resolved that his wife and children were not the source of his inner turmoil. He rightly recognized his responsibility in the family problems, sought forgiveness, and was actively working to make changes to things that he could control to make life better for all of them. He would not blame them for his ongoing turmoil. Who was left to blame but himself? The thoughts were in his head and sounded like his voice. Everyone else seemed to be expressing grace and love, but he “could not love and forgive himself.” He had rightly addressed his relationship with God, his family, and even his body through appropriate psychiatric care, but he still was tormented by those thoughts. What else could be left but to conclude that he was the problem and beyond all help?

Therein lies the practical significance of spiritual warfare in the life of the Christian. Without demons in his worldview, this man was left to demonize himself. To be sure, he could have chosen to demonize someone else. He could have demonized his wife, blamed her for turmoil, and attacked the relationship as a way to escape. Alternatively, he could have demonized God, blamed God for the turmoil, and attacked his faith. For him, the absence of spiritual evil in his world view, left him with no other option but to attack himself. It was no surprise that he would later confess to suicidal thoughts.

What is the nature of this spiritual enemy referred to as the devil or demons? Our popular conception of gargoyles and ghosts only helps us to dismiss their reality and ignore their relevance. The Bible paints a more specific picture of the spiritual enemy.

“You are of your father the devil, and you want to carry out your father’s desires. He was a murderer from the beginning and does not stand in the truth, because there is no truth in him. When he tells a lie, he speaks from his own nature, because he is a liar and the father of lies.”

“The salvation and the power and the kingdom of our God and the authority of his Christ have now come, because the accuser of our brothers and sisters, who accuses them before our God day and night, has been thrown down.”

In these accounts, the nature of the spiritual enemy is lies and accusation. The man from my story rightly identified the thoughts in his head as lies. He wrongly identified himself as the accuser because he could not account for where else accusation would come from. What if the source of the lies and accusations that were persistent in his thoughts despite his knowledge of the truth in Scripture were direct attacks by a spiritual enemy?

First, the man could demonize the demon, not himself. Rather than turning his attacks inward and further exacerbating his anxiety and depression, he could begin to distinguish between the real assailant and himself.

Second, having identified his assailant, the man could then appropriately respond to the attacks. He had rightly turned to the Bible to distinguish truth and lie. It is not a great jump to then follow the guidance of the Bible in responding to spiritual attack. James 4:7 and Matthew 16:23 provide paradigmatic responses that include rightly relating to God, relying on Scripture, resisting the attack, and trusting God’s promise to remove the assailant.

Third, the man’s agency is restored. Rather than being a passive victim of his biology or of out of control thoughts, the introduction of a spiritual enemy empowers both defensive and offensive responses (Ephesians 6:10-18).

Fifth, the man has grounds for hope. If spiritual attack is the problem, then spiritual victory is not only possible but assured.

“No, in all these things we are more than conquerors through him who loved us. For I am persuaded that neither death nor life, nor angels nor rulers, nor things present nor things to come, nor powers, nor height nor depth, nor any other created thing will be able to separate us from the love of God that is in Christ Jesus our Lord.”

As Christ defeated the spiritual enemy in the wilderness (Matthew 4:1-11), the one who is “in Christ” can hope to experience victory even over persistent lies and accusations launched at them by the same spiritual enemy.

Does spiritual warfare matter? Much more can and should be said on the subject, but I offer here my answer. Yes.

For further study…Cook and Lawless, Spiritual Warfare in the Storyline of Scripture: A Biblical, Theological, and Practical Approach (2019). 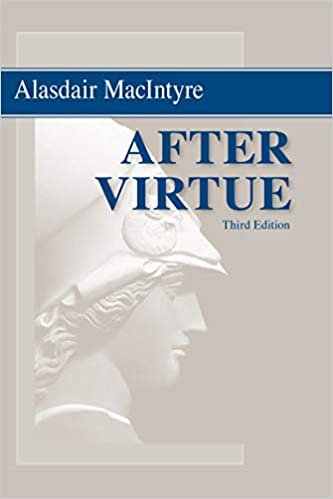